This is our ambitious community project to research and reconstruct the music of Halo, honoring the original sound and spirit from the 2001 score, while expanding, adding, and opening up the ingredients into an open-source public repository. We set up this website to become a platform for all things regarding the historical preservation of Halo's music in addition to Odyssey itself, and will be expanding on it with new pages and articles during 2022.

From our research and investigations, we completely and independently recreate the sounds from Halo's soundtrack, rebuilding the loops, dynamic music, ambient pieces, cinematic tracks; this expands to include music that was never present on the official Halo Original Soundtrack albums, which were curated arrangements of just some of the music you could hear on the ring.

Our philosophy behind the project, is to learn and respect the original work in the process to study the conception and composition of the tracks we love. We embarked on Odyssey not just as fans of Halo, but as students on an educational journey to improve our craft, take time to think about the sound and feeling from the perspective of the original creators, and gain a new outlook on the music we both create and listen to.

Odyssey is designed from the ground up to be usable as a modders' resource for custom arrangements and remixes in future Halo community content, or simply to read, listen, and learn about our documentation during this creation and research process. We document everything we can during this reconstruction process, so the information is available to anyone interested in learning from the classic Halo sound.

What's the process behind finding the right sounds?

We look to historical material, this includes magazine articles, interviews, conferences and material like the ViDocs Bungie created, and more. In many cases this hasn't been the easiest, openly available thing to find, as much of the content wouldn't be readily found through search engines; a lot of narrowing down facts has stemmed from using the Wayback Machine on the Internet Archive to travel back in time to the dates that relevant information was still published online! We've also run into a few ex-developers, including composers and staff that worked on the games, and shared some insight into details about the music.

In many cases, the core sounds used on Halo were discovered across synthesizers, clues like sound demos, or patch names. Some were even found accidentally, just audibly searching through the factory sounds on these devices. The clue to many sounds also came from Myth and Myth II, Total Audio's previous soundtrack work.

We compile our notes and discoveries into a spreadsheet of information about every sound we've identified, essentially providing a look-up table of every "ingredient" used to produce each track. Several pieces of music in fact, share common sounds, so every sound we identify expands the total understood information about the soundtrack by a significant amount.
Did you know: The Halo 2 track: Orbit Of Glass, is primarily comprised from a patch on the Roland XV-5080 synthesizer, called... Glass Orbit!
The Roland XV-5080 synthesizer is home to many of the evolving, mysterious sounds you hear through Halo 1 and 2, and can even be heard throughout Halo 3!

We can now recreate the sounds using the official software reissue of that synth, as well as real hardware gear, including the Roland JV-1010, which shared many common sounds, and the XV-5050, a newer, "slimmed down" budget sibling to the 5080.

How authentic can the sound be?

The key to an authentic sound, is to be authentic. Between the team, we have many of the synths used on Halo, or similar models with differences small enough to be adequate substitutes.

We're still on the campaign to identifying every patch, and collecting all the hardware between us. All of these synthesizers are over 20 years old, some are even 30! So it's been quite a mission to find working hardware easily available, but we're proud to say we have almost everything we need to fully complete the Odyssey experience now! 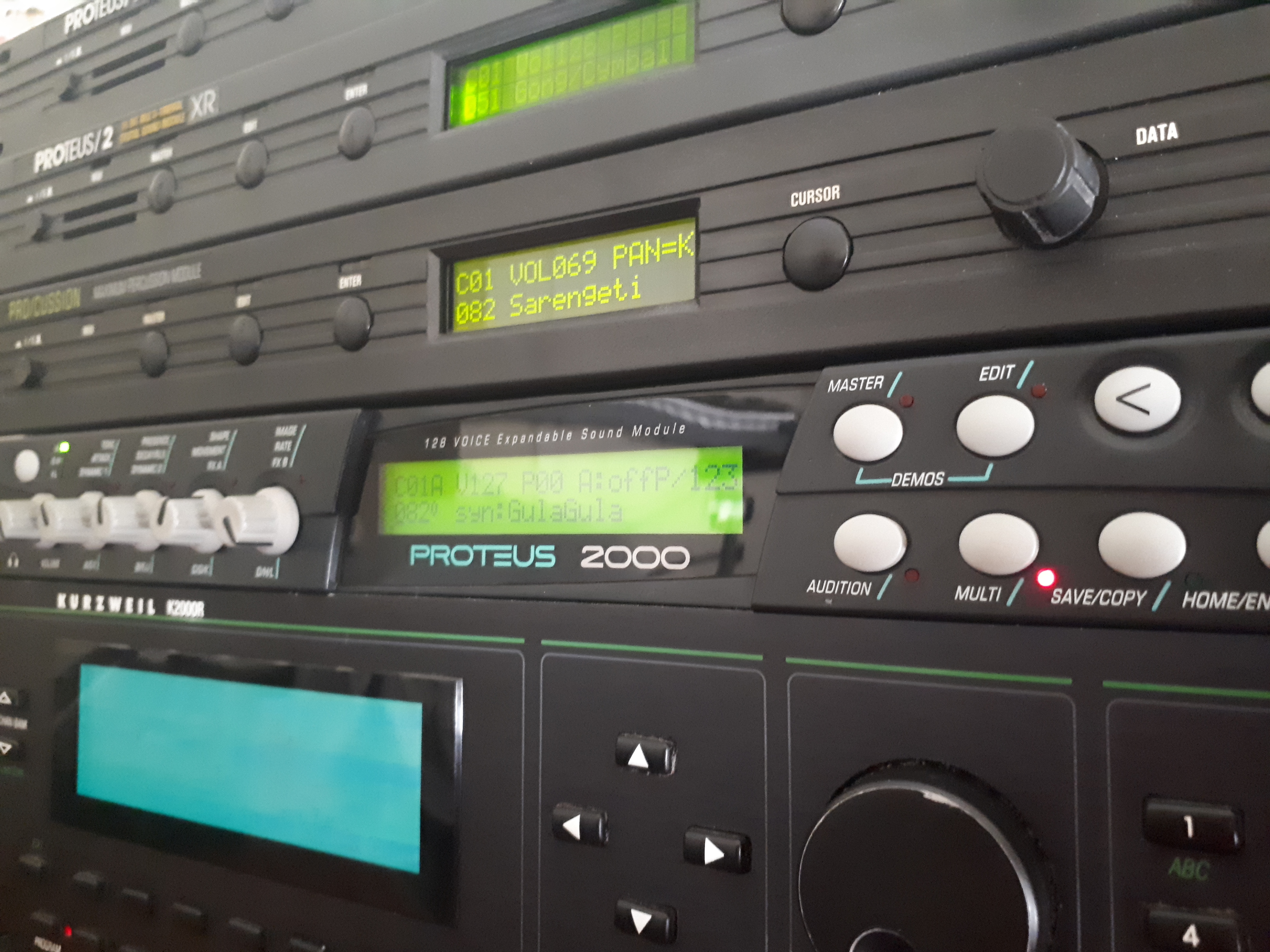 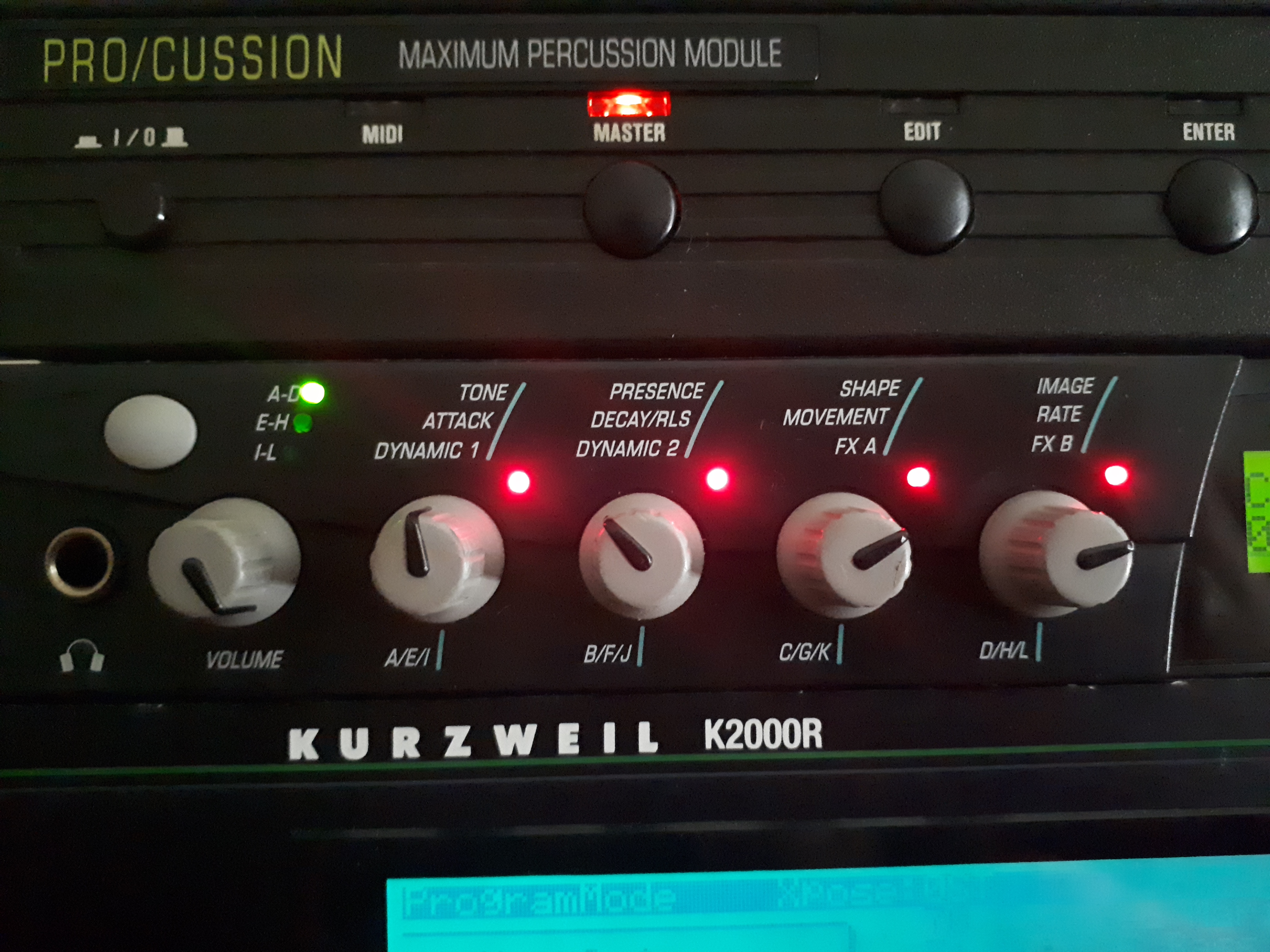 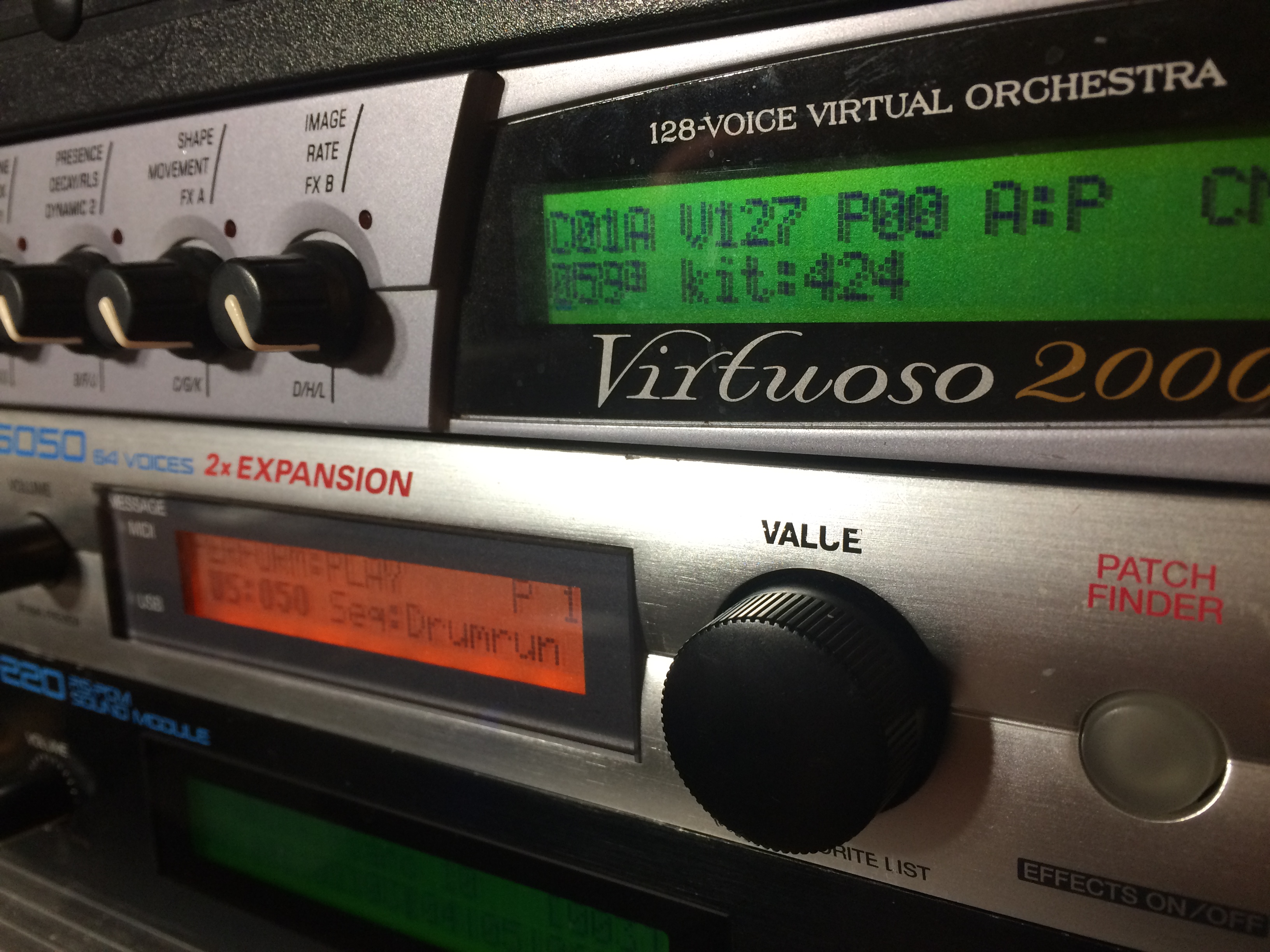 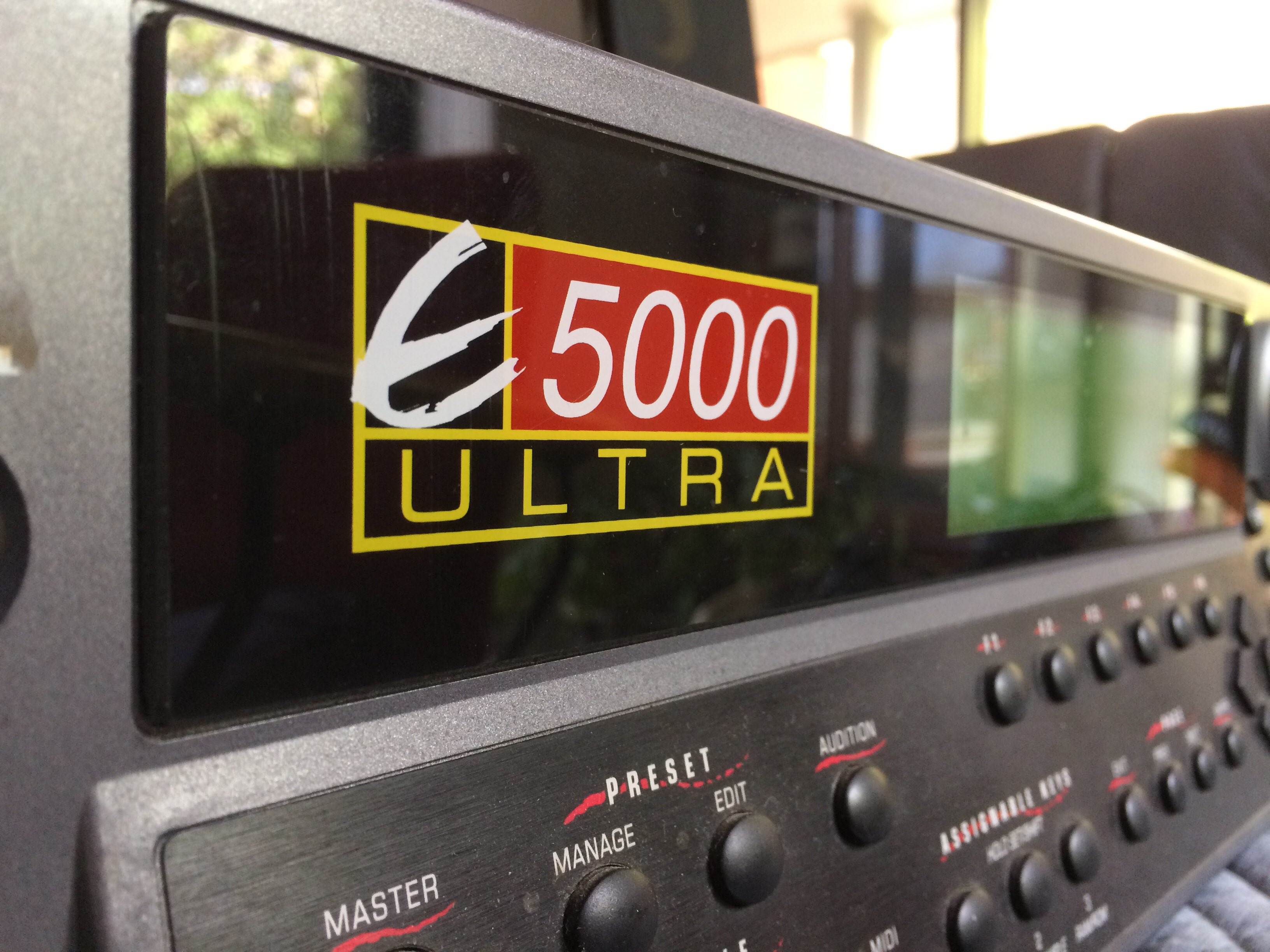 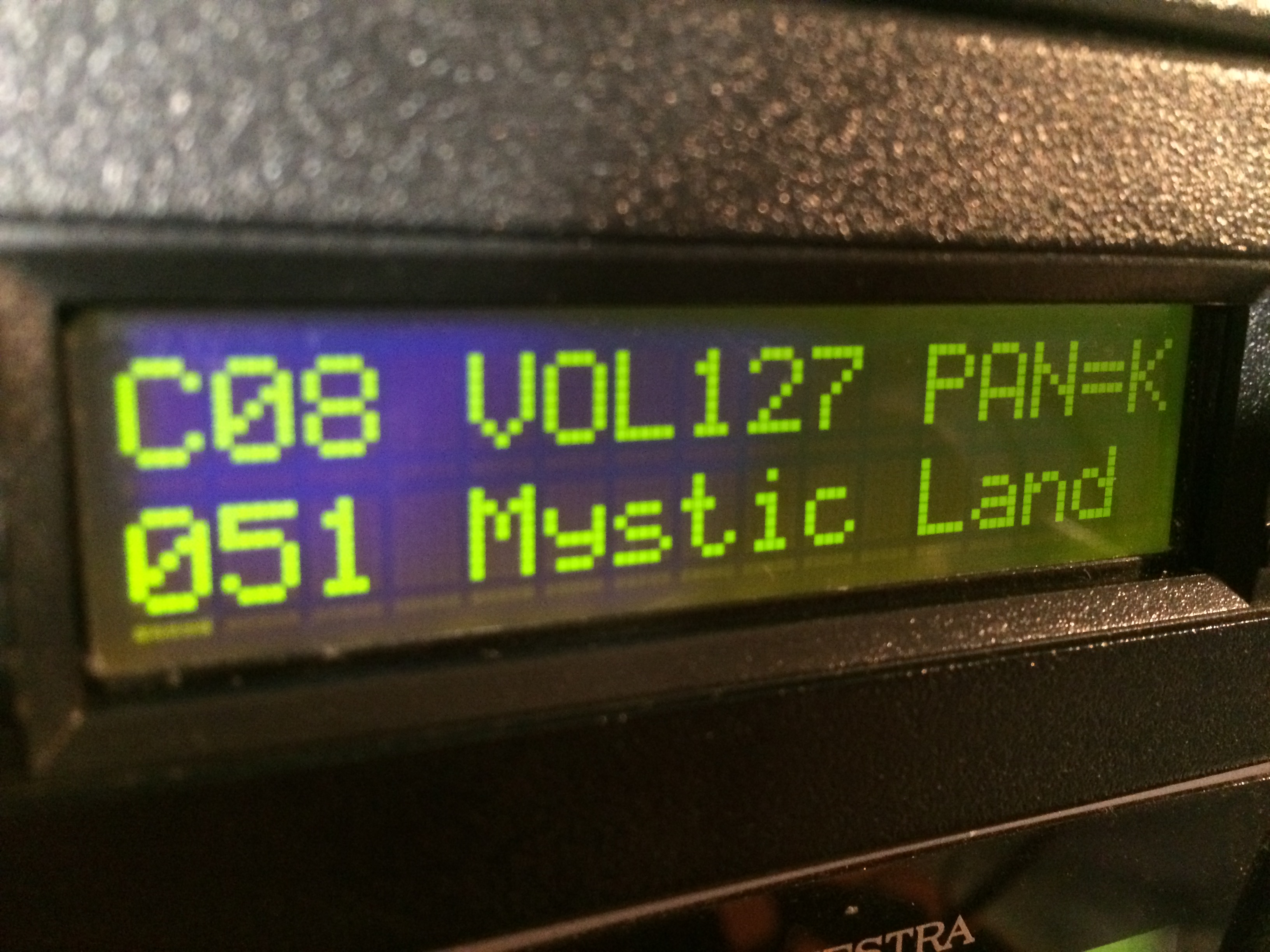 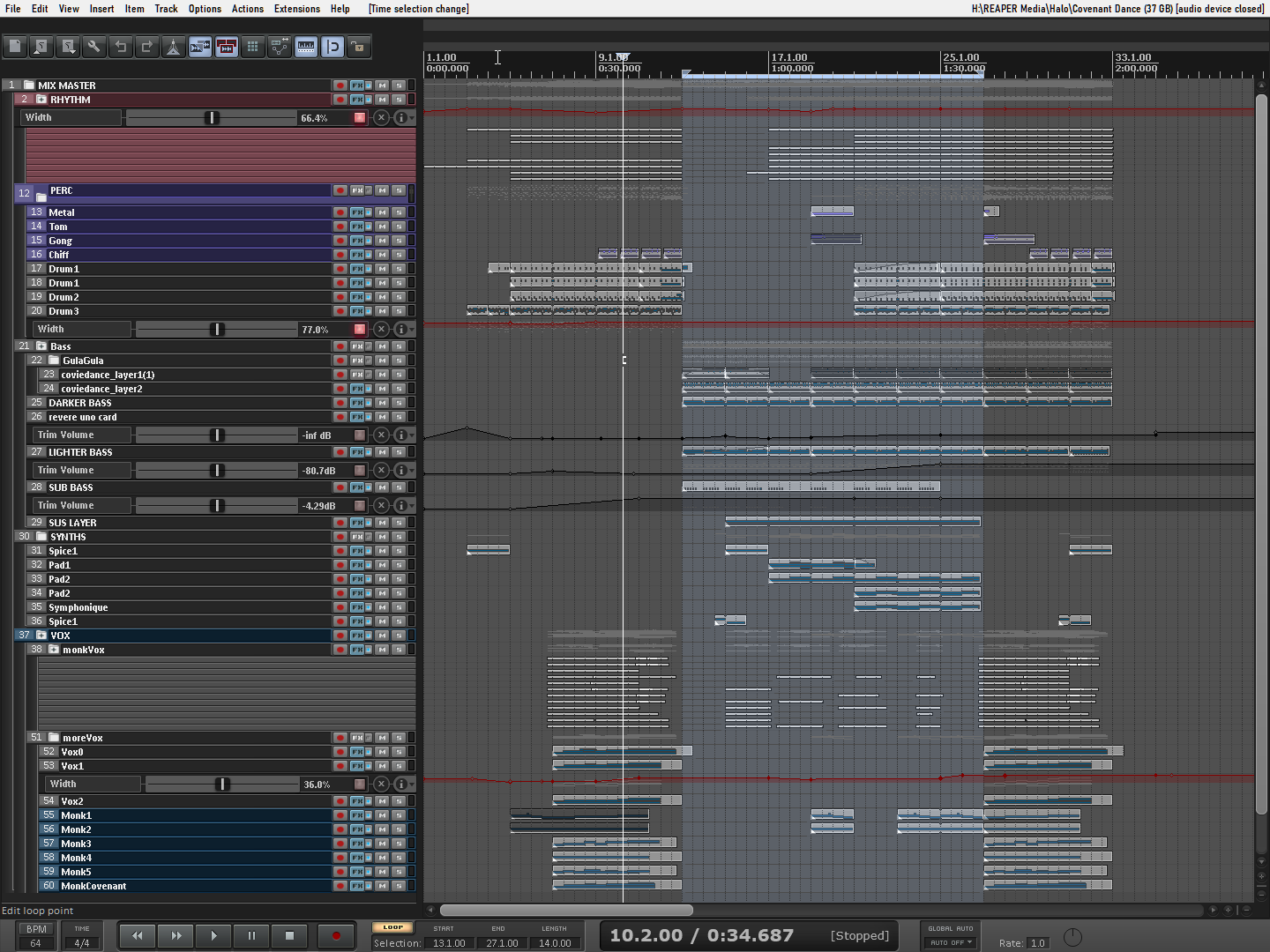 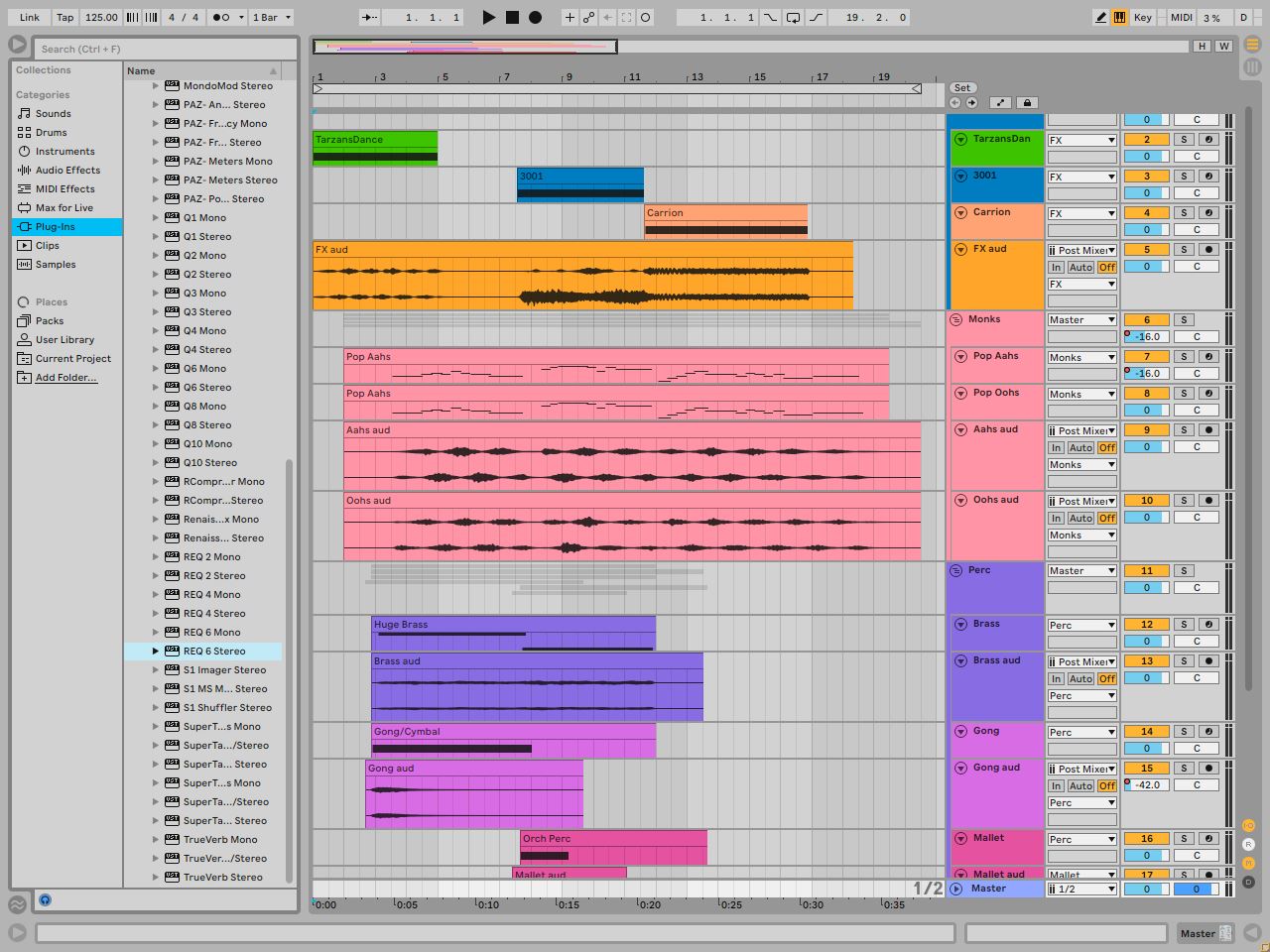 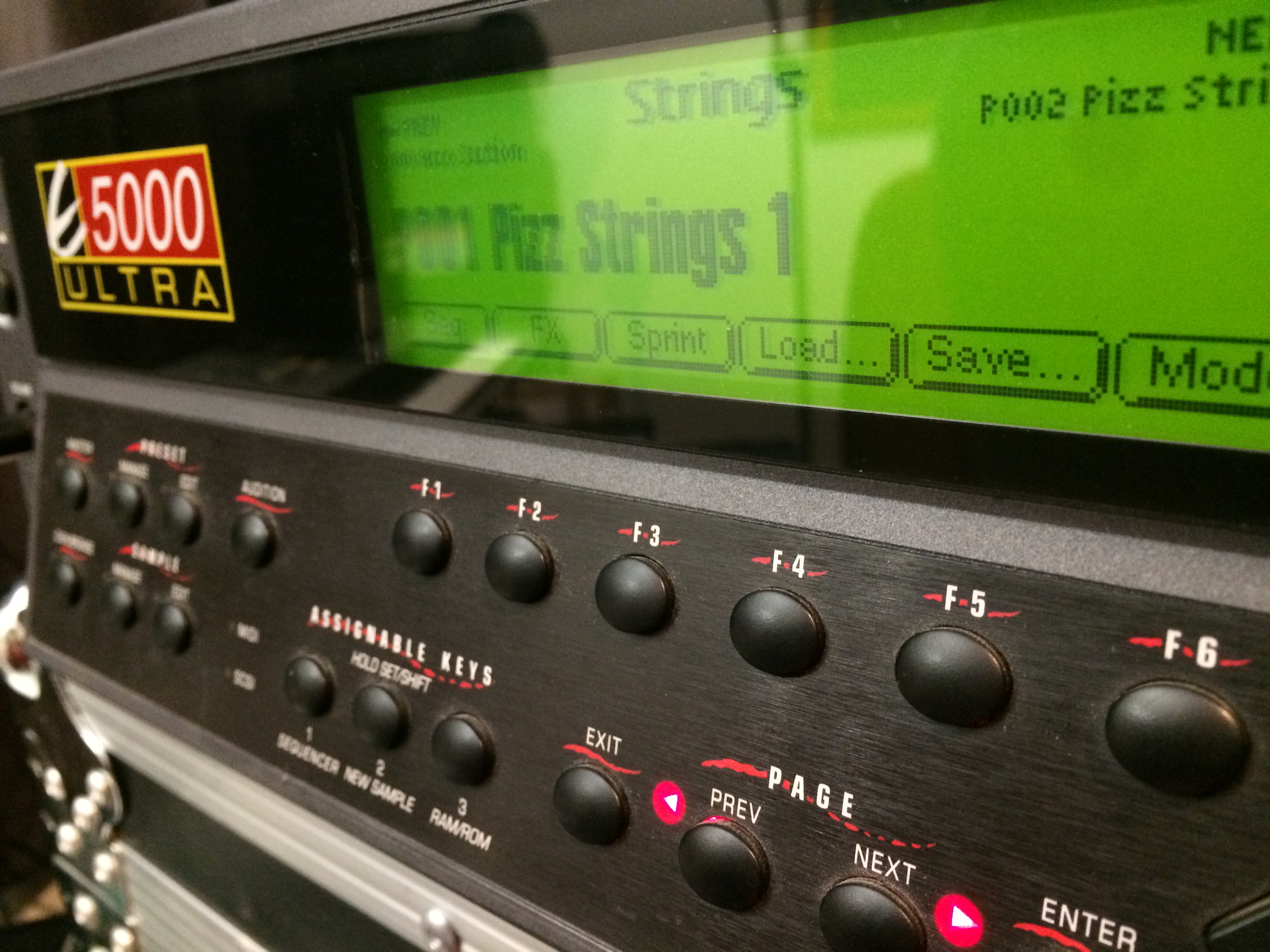 What about the original Halo music, what enhancements does Odyssey bring?

Odyssey was partially started due to the unavailablilty of a public release of the full Combat Evolved music in a lossless, high quality format. There are five available sources to look to regarding working with CE music. In addition to the above, several tracks are noticeably lower quality than others, seemingly with a lower sample rate or high frequency content in all game versions compared to the soundtrack release (A Walk In The Woods is one such tracks, for example.)

With Odyssey, we want to rectify the issue of not having a clean high quality centralized location for high quality versions of the music. While our tracks won't be 100% identical, our aim is to become the best high quality alternative that retains the original sound and feeling. We have the opportunity to work with the tracks on a more open level, offering the ability to implement extra sections to tracks, adjust certain parameters or mix and match things, and try new ideas in the Halo sound sandbox directly alongside the music we know and love.

A campaign expansion is planned, with a two-phase rescoring of the campaign. Phase I begins in 2022, implementing new permuations and expansions to the original music. Phase II involves a complete hand-rescore and rescripting of the campaign music cues, to unleash an ultimate music experience at the limits of the game engine.

We've researched a lot into the inner workings of Halo and how sound is processed behind the scenes. Taking cues from Halo 2 and 3, we aim to recreate the advances in the later games' sound playback in Phase II, using scripting to improve the capabilities of CE and enhance the reactive music experience on a track-by-track level.

A ViDoc analysis series is also planned, these videos will feature Odyssey content and devleopment but will include insight behind-the-scenes on the operation of the Halo engine's sound system.